In a press conference, daughter of defunct business mogul Assinapol Rwigara lambasted Paul Kagame’s evil regime. How long are we going to be silent? She asked. Corruption isn’t breaking the law, breaking the law is speaking out against corrupt leaders.

The conference press took place in Kigali on February 23, 2017. In it, Diane Shima Rwigara scolded Rwanda’s failing authorities. She stated that Rwandans live in dire poverty, that scores of people are starving, they face injustice, their lives are constantly threatened, and above all they are muzzled and cannot express their concerns and grievances.

In her own words, Diane Rwigara said: “How long are we going to be silent? Corruption isn’t breaking the law, breaking the law is speaking out against corrupt leaders. I am not a politician and I do not represent any organization. I am standing here in front of you as a Rwandan woman wanting to make known problems Rwandans are facing. Those tasked with this duty have failed the people, they do not speak up on behalf of the people as they should. We Rwandans are living in dire poverty, food is scarce, people are starving, there is corruption and rampant injustice, constant threats to our lives by authorities and the security apparatus”.

Diane Rwigara stated that a lot of people are poor because the government won’t let them work. The government has instituted a monopolistic market in which only a few oligarchs are allowed to operate, and has completely banned a perfectly competitive market that Rwanda used to be. Also, said Diane, the government squanders resources on things that are not a priority as far as the well being of the populace is concerned, things such as building luxurious hotels and skyscrapers. She gave an example of the Kigali Convention Center that cost a fortune.

Diane Rwigara condemned injustice done to people who get forced to relinquish their property for the sake of public works. They get paid very little and sometimes they are not reimbursed at all.

Diane Rwigara chastised the government for the disappearance of people, political assassinations by the security apparatus. People disappear, get murdered and the government does not do any investigation nor do they make any arrests.

Diane Rwigara added: “For this government, the priority is to impress white people and foreigners. It does not care about the Rwandan people and their suffering. All wealth is concentrated in the hands of a few oligarchs from the ruling party. Regular people do not have access to clean water, electricity is a luxury. Efforts are concentrated in Rwanda’s image abroad, when so many Rwandans are facing hunger. It’s sad that we bestowed honors to the king of Morocco when he came over for a visit, yet when our own king passed, the highest authorities of this country treated his remains with disdain, and those who tried to pay him last honors that he deserved got in trouble with authorities”.

Diane continued saying that: “Some progress has been made, but there is a lot of issues that need to be addressed. People need to be able to express themselves as long as they do not engage in genocide denying rhetoric. Freedom of expression is badly needed because people in all echelons of government are afraid to speak up and pinpoint issues and problems because they fear reprisal.

Diane Rwigara concluded highlighting the fact that those who fought and were willing to lay down their lives did so for the sake of peace and unity. She said that those two goals have not been achieved yet, that the struggle continues. She said that people might be silent, but that does not mean that they are ignorant of all wrongdoings taking place all over the country. People are tired, people are angry. 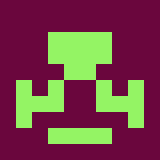